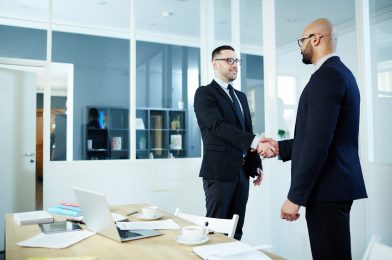 Social psychologists over the globe have identified three diverse powers that tend to exist in the broader society and that can be leveraged by the negotiators at the negotiation table.

Powers arising from the objective aspects of the bargaining process

The social psychologists have identified three types of powers, which tend to arise from the objective aspects of the bargaining process, used by the negotiators while carrying out a negotiation.

The first power identified is the lack of dependence on other individuals. This first power ideally corresponds to Best Alternative to a Negotiated Agreement (BATNA) at the individual level. It is the best alternative that can be taken by an individual to arrive at a negotiated agreement in case if the negotiation talks fail to generate needed success. In that, where an individual reflects a strong BATNA on entering into a negotiation, the individual is found to be less dependent on other parties for meeting planned needs and objectives. On the contrary, if the individual tends to reflect a weak BATNA or in cases where one has no alternative at all, then one has to depend on others for the meeting of planned objectives.

The second type of power is identified as the role-power by social psychologists. This power is gained owing to the roles, positions and also titles conferred to individuals along an organisational hierarchy. The power is used by the organisational members while exerting needed control or authority over institutional outcomes.

The first two kinds of powers are evaluated to be objective such that they tend to arise for the meeting of objective aspects at the negotiation table.

Psychological power is identified to be the third type of power that can be exercised by the negotiators while carrying out an effective negotiation. When one suffers from a low level of confidence, one can always bring about a needed psychological boost by thinking about the days when one enjoyed enough power and confidence. It’s also researched that the sense of being powerful and also feeling powerful generally tend to bear the same consequences regarding carrying out negotiations.

Different online programs are being rendered by diverse business schools for enhancing the potential of negotiation skills of participants. The possessing of effective negotiation skills is considered a must for generating quality decisions along with different types of professional fields. The program contributes to helping to create a quality framework for structuring and analysing significant aspects based on which negotiation is to be carried out. The online courses on negotiation skills also help individuals identify both conflicts and interests of the opponent parties such that the arguments can be created accordingly. The accomplishment of the program makes one ready in predicting and evaluating the behaviour of the competitors and also in designing the offer accordingly for enabling easy acceptance.

The Negotiation Skills program rendered by GBS Online, under the management courses vertical is essentially based on three different modules encompassing a total of eleven sessions. The program reflects on the different types of negotiation skills and strategies with also the presentation of novel frameworks and techniques for pursuing negotiation. The program also focuses on helping participants gain a win-win situation in terms of carrying out effective negotiation as skilled negotiators.